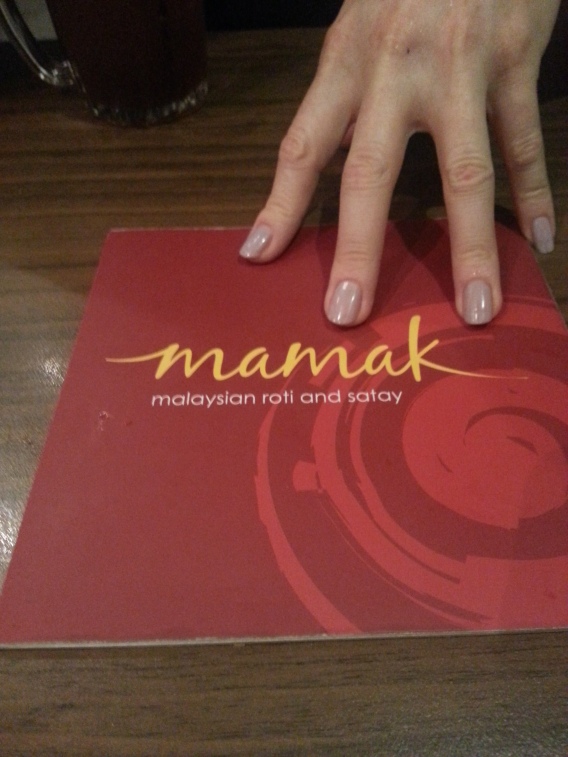 We had been here a few times before and tried various Malaysian dishes. We noticed many people ordering the fried chicken and it looked pretty appealing. So we decided to add Mamak to the list of Melbourne Fried Chicken places.

Mamak is a busy venue that does not take reservations. We have been amazed by how quickly a long queue can form that spills out into the street. The display window demonstrates how they make their roti; distracting you from the long wait and impressing you with their dough handling skills.

We had our sight and taste buds set for Mamak before heading to an Iggy Pop gig and what better way than to enjoy a rock concert than with a belly full of spicy Melbourne Fried Chicken.

We ordered the Roti Telur (classic egg roti), Kangkung Belacan (Stir fried water spinach with chillies and shrimp paste), and the Ayam Goren (Malaysian style fried chicken, which the menu boasted to be marinated with herbs and spices and full of flavor). The deal was to get 4 pieces of fried chicken for $14 and you can order single pieces for $4 a piece. So we took the deal and got 4.

The Roti Telur and spinach arrived first and we dug into them straight away. We were no strangers to theses dishes and they continued to please. Mamak has really good roti that must be tried and the spinach was spicy and very yummy (if you like the slightly fishy taste of shrimp paste). 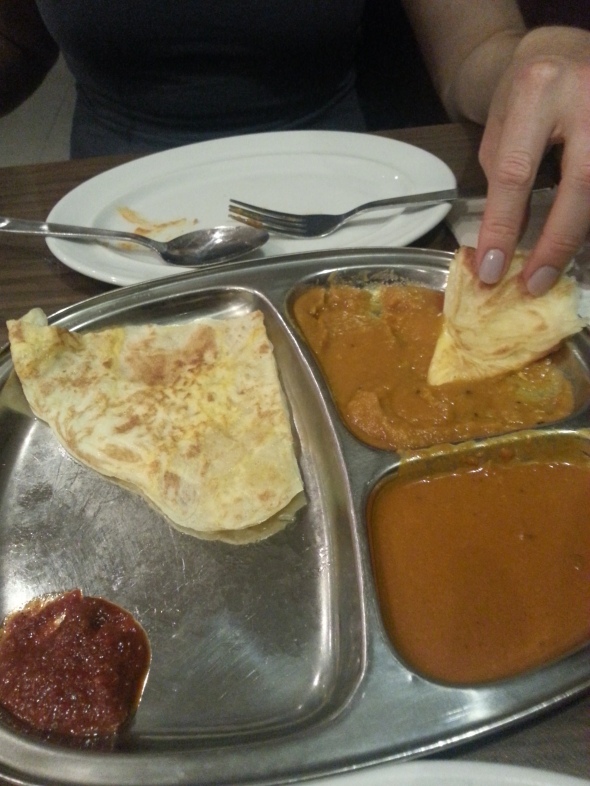 The chicken had a wait time of 15 minutes. It arrived shortly after we were done with our first two dishes. It was very hot and golden which made us happy. However it lacked of the spices we were expecting. All the pieces were thighs and not spiced at all. They had a basic chicken taste which was ok, but not the best meat we’ve had. Extra points were earned for it being freshly made. The Chick was sad the roti dipping sauces had been taken away and ended up dipping the chicken in the spinach sauce to get some extra spice. A bit of chili sauce would have hit the spot. Being the dark meat, the thighs made us feel a bit heavy and we longed for some variety of chicken pieces, perhaps the table nearby got all breasts? 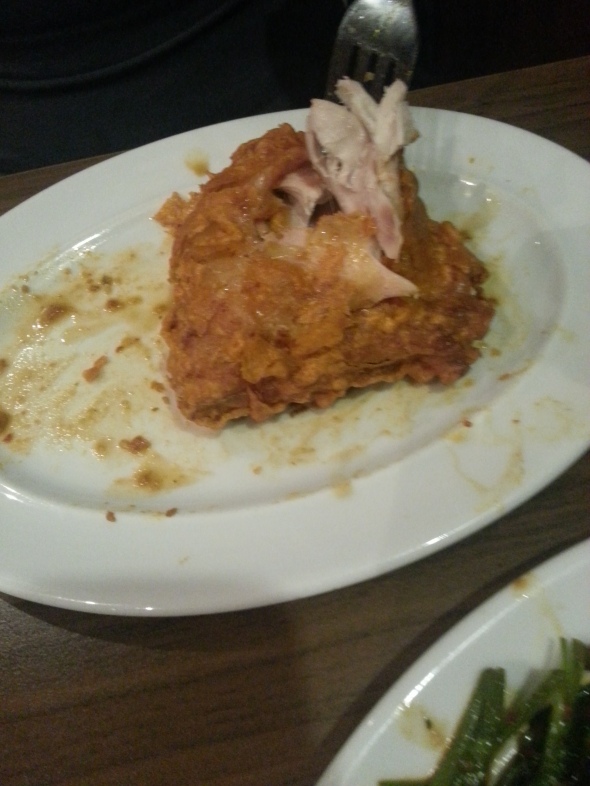 The chicken seems to be what many people order at Mamak, however we dont feel it was the star dish of Mamak and we definitely wouldn’t consider Mamak as our source of heavenly fried chicken. On the other hand, Mamak’s roti is really good and so are many of its other Malaysian dishes. We will be back to try out more.