We were at the Melbourne Zoo and ready for a hearty meal and so a suggestion was brought up that made Hollywood feel really good, The Dude Food Man. It’s one of those places that advertises amazing burgers but is a bit out of the way for the Melbourne Fried Chicken scene to venture out to, but on this specific day we did! 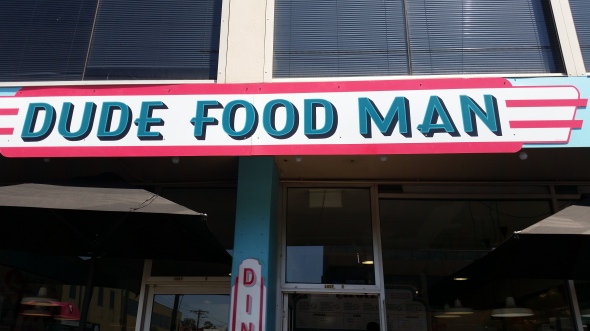 There were 3 of us so we decided on the dude burger, the southern fried chicken burger and the mushroom burger along with a side of mac and cheese and the fries 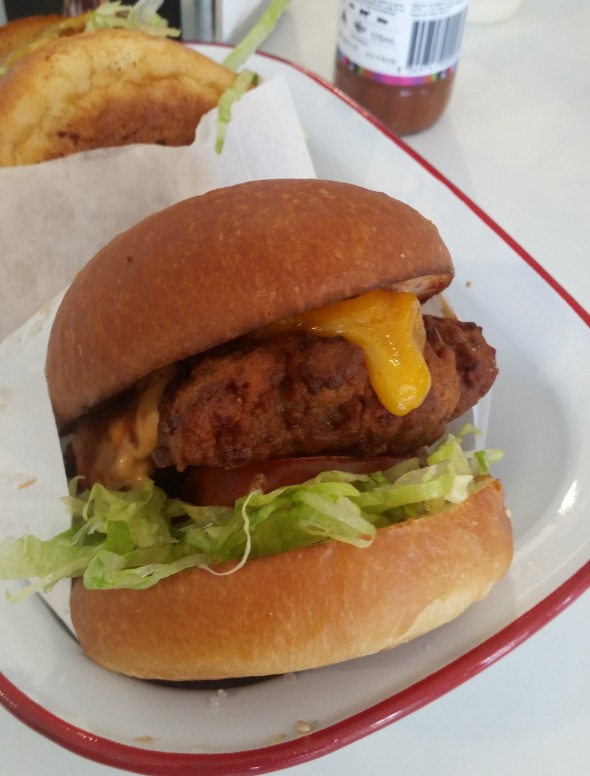 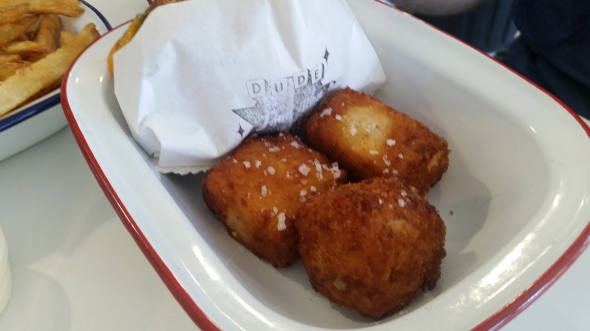 The Chick has an issue with fried mac n cheese in that she feels it usually dries out the sauce. These ones were OK, better than the usual ones but the creaminess factor was not up to the chick’s standards.

The dude burger was good too, however it wasn’t amazing but nonetheless really good to have 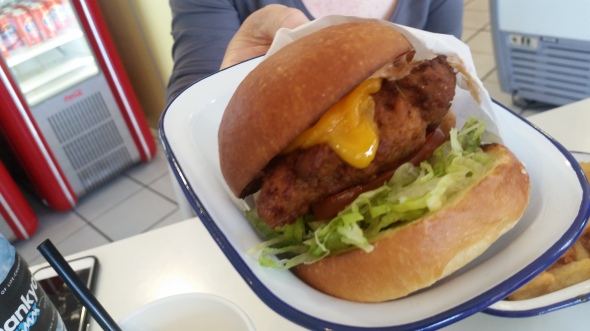 The fried chicken burger on the other hand was really good, we enjoyed that one the best out of all the 3 burgers were ordered

Hollywood was meeting a few friends at the Asian Noodle Night Markets at passed by a familiar smell, thats right Melbourne Fried Chicken smell being served up by Ghost Kitchen.

The Taiwanese burger and an order of the salt n pepper fried chicken were ordered for a quick smash bash. The chicken comes with an option of adding hot chili sauce, ofcourse we went for that. 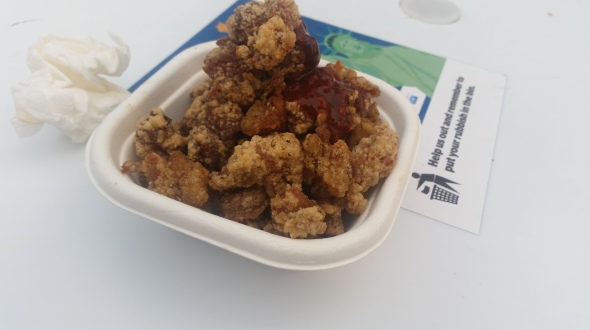 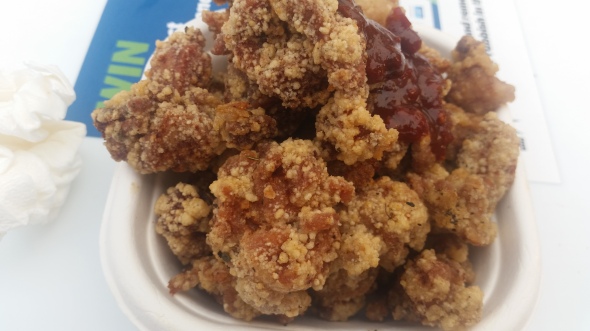 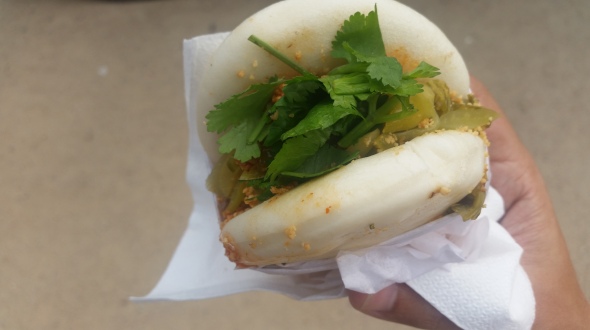 The burger was really good, fresh and juicy 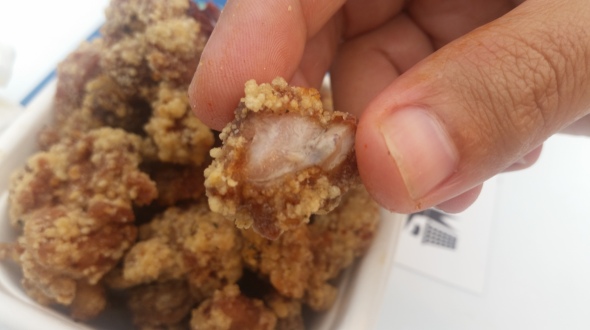 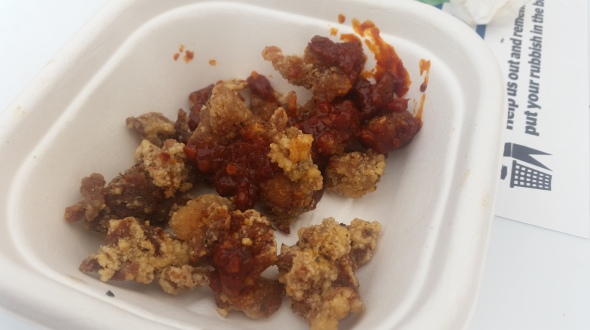 The chicken was your average fried up food truck Taiwanese style chicken, was very spicy with the sauce which was a good addition. The salt n pepper flavors were also very prominent. The chicken itself was freshly cooked however it was average over all. 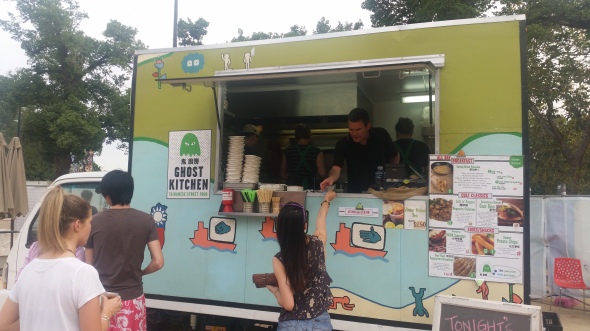 There many options at the night market, Ghost Kitchen is a good option but we feel there more treasures to be found there

Rice Queen has been on The Chicken Scenes list of Melbourne Fried Chicken for a long time now. As Hollywood and The Chick were in Fitzroy lookng for a good Asian food option, they stumbled on Rice Queen and decided that it was just the right time to check it out. 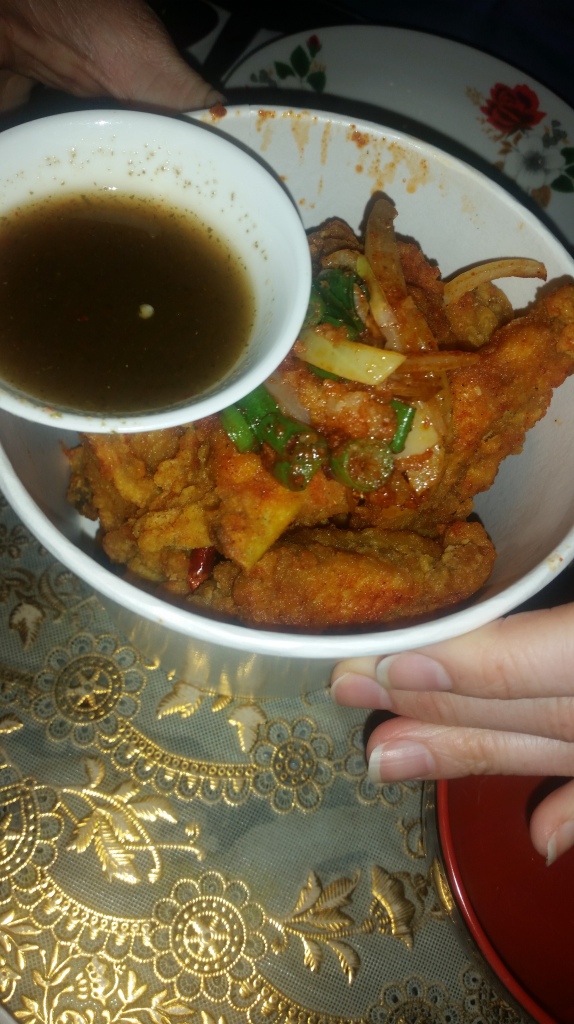 We ordered the bucket of Korean Fried Chicken, the fried rice, Penang Kway Teow and some Kimchi as a side 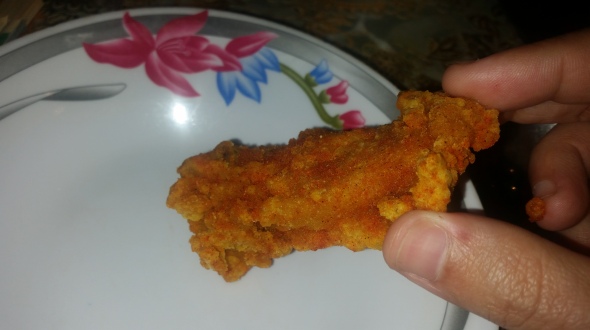 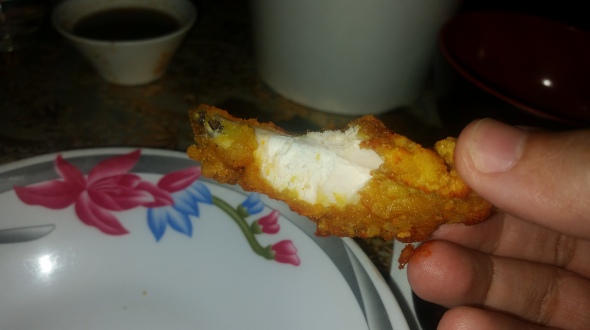 The chicken was surprisingly really good. It was pieces of ribs that were spiced rightly and had a little bit of heat which gave a great flavor. The accompanying sauce was a bit on the sweeter side which gave a really good contrast when needed. 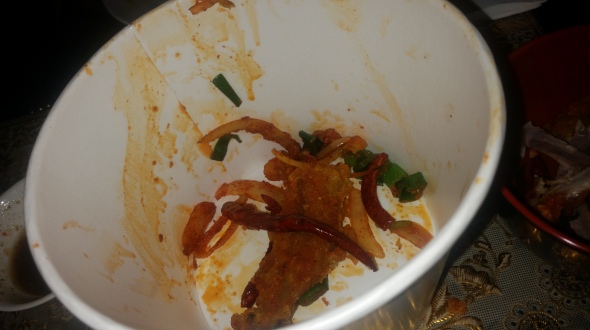 The other king of the rice queen was the fried rice. This was a great fried rice dish with lots of flavors from prawns, pork and chillis! 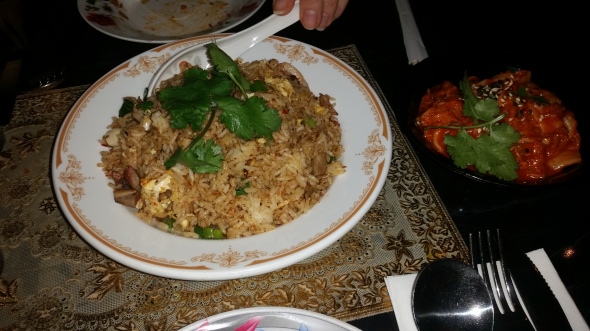 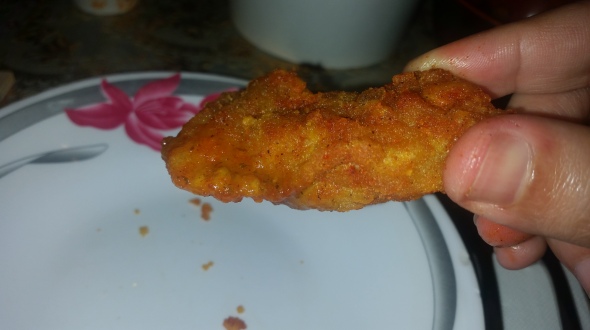 Rice Queen is a great Asian fusion place with a worthy fried chicken dish that we definitely recommend experiencing.