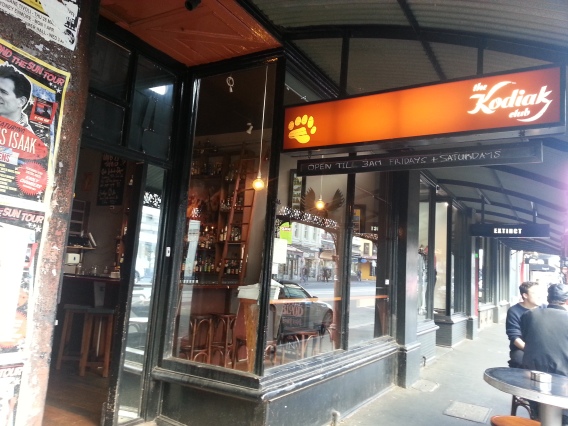 We have finally been able to review this Kodiak Club, and it has been a long time coming. Whenever Hollywood mentioned The Chicken Scene and how we are trying to put a spotlight on Melbourne Fried Chicken options, someone would always say “You need to try The Kodiak Club” or  “the best wings you can find are at the Kodiak Club” would float about. So it was with high expectations that we set out for the Kodiak Club. 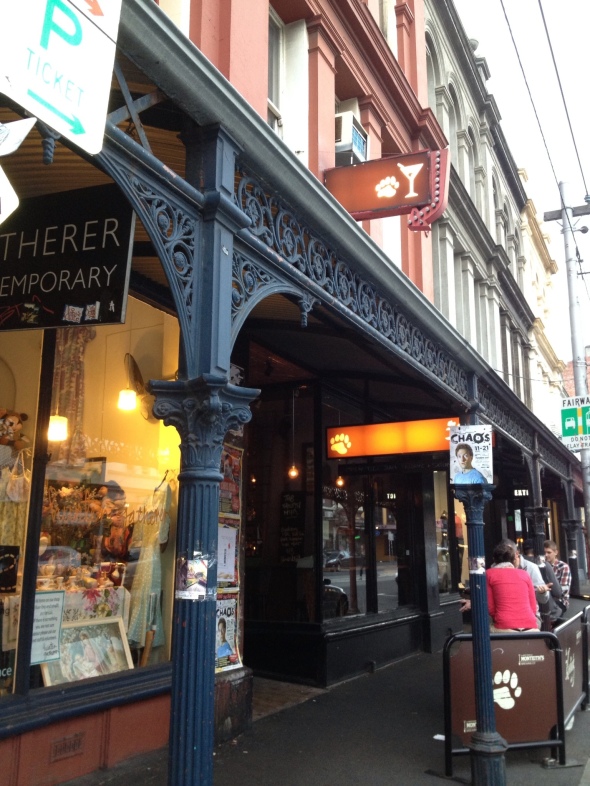 Where Grizzly’s go to unwind with a good cocktail.

Kodiak Club sits on bustling Brunswick St in Fitzroy and is named for the iconic Alaskan Grizzly bear, which are known to enjoy a good chunk of fatty meat, but they are not nearly so picky about the breading as we are.

A quick perusal of the American comfort food inspired menu (where is the Mac n Cheese? The Chick wondered) concluded with the following order: Jalapeño Bottlecaps, 3 Deviled Eggs, a half dozen of the Kodiak’s famous buffalo wings, a Kodiak burger, and an order of Chicken and Waffles. The Kodiak also boasts a good range of drinks and we chose to stick with the American theme; The Chick got a Sierra Nevada Pale Ale, and Hollywood smashed a Brooklyn Lager. Christina ended up with the ‘house white’ when they were out of her preferred wine.

Fun Fact: Kodiak Bears do not live in the Sierra Nevada

The menu advertised the fried chicken as buttermilk fried chicken served on top of a buttery waffle with real Canadian maple syrup on the side; but Hollywood was worried it wouldn’t be enough. The Chick assured him we could always order more wings or chicken if the portion size was not American inspired. 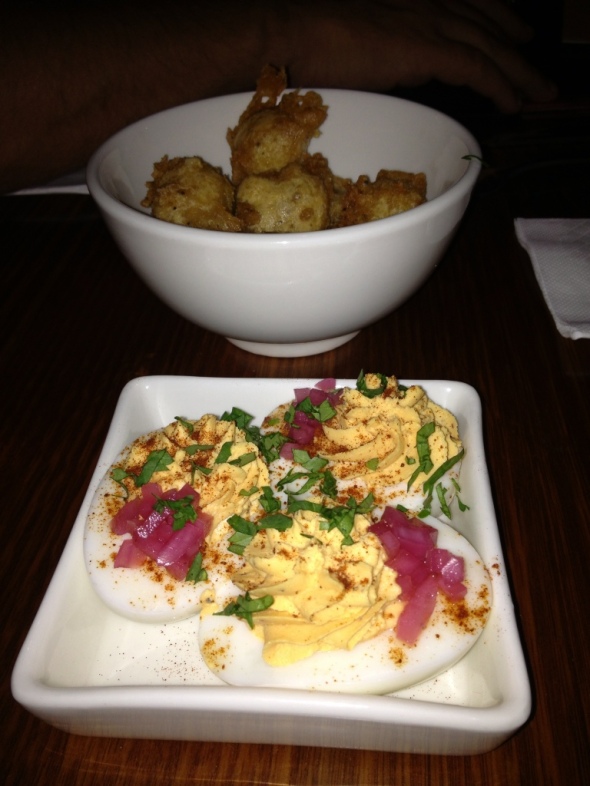 Entrees: A new take on Jalepaño Poppers and a posh Deviled Egg

The Deviled Eggs and Jalapeño Bottlecaps arrived first and delighted from the first bite. The Chick remembers Deviled Eggs from simpler times growing up on the West Coast of the US, The Kodiak take was a bit more sophisticated with pickled onions and a sprinkle of fresh herbs. The bottlecaps were fresh from the fryer, and accordingly hot. Unlike the Jalapeño Poppers The Chick was expecting, these little bites had just a slice of jalapeño and the rest was gooey cream cheese, held together by a light and crispy breading. She ate 4 of the 8 pieces.

Before finishing the entrees the burger, the fried chicken and last but not least the buffalo wings arrived. The burger was very juicy and saucy in just the right way.

We love saucy burgers. If it doesn’t drip, it isn’t worth the calories.

The fried chicken was hot and had a crispy fluffy breading. It was a boneless thigh piece resting elegantly on a thin, slightly sweet waffle. It was very well spiced and superbly done. This one was a winner, and definitely more on the greasy than most of our reviewed places. Mixing it with the waffle and the maple syrup gave a good blend of spicy and sweet that made us crave more.

Not American Sized – but full of the right flavors 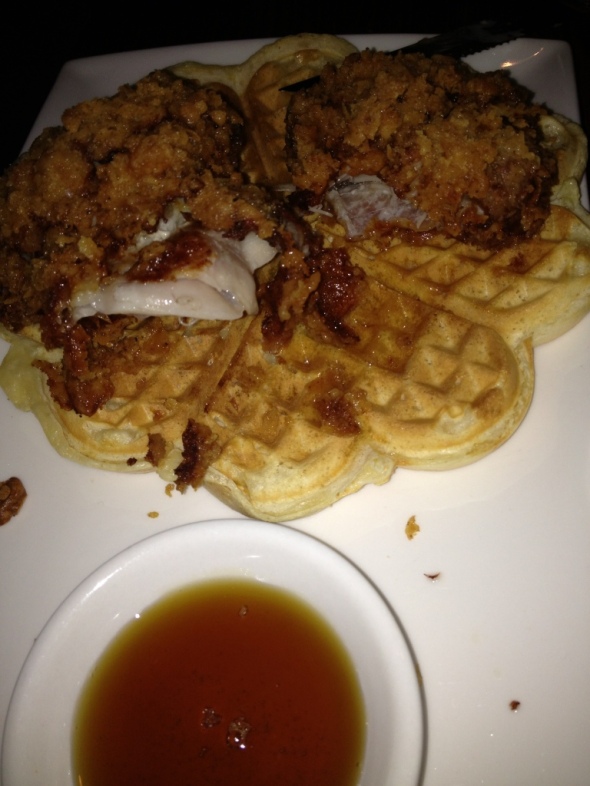 Three pieces of greasing delight. One down.

The whole point of the Chicken and Waffle scenario is the sweet, greasy, savory combo.

Hollywood turned his cravings to the buffalo wings, which also didn’t disappoint. Hollywood found they had a really good hot sauce, but The Chick felt they lacked a bit of heat, clearly for those who do not see hot wings as a test of will. They were cooked well and as advertised made him contemplate ordering more.

We finished up with an order of brown betty for dessert that had a good mix of crumbled buttery sweetness on top, cooked nectarines and a scoop of vanilla ice cream. Not the best of the dishes, but a pleasant ending.

Kodiak Club is a good choice for burgers, fried chicken and buffalo wings that definitely stands out. Go there now!

The Chick’s rating: 9/10 Clucks (loved the nostalgia kick of all these American treats)

UPDATE: In Hollywood’s recent visit he sadly found out that the Kodiak Club is no longer doing their Fried Chicken dish. They do still have the wings which are still amazing. The wall of clucks shall be updated accordingly