Trunk Diner was suggested by a work colleague a long time ago to Hollywood when the list of Melbourne Fried Chicken joints was first constructed. The chick was away in Asia doing her thang so Hollywood and The Spice Girl joined forces and hit up Trunk Diner in search of another crispy finger lickin’ fried chicken adventure.

The diner, which was separate to the actual restaurant and bar, had a good casual cozy vibe. The menu was well designed but threw a curve ball at us when we realized that it was different than the online version and they didnt have the the Buttermilk Fried Chicken Kebabs, Shame on you Trunk! After some serious discussions we decided to go for the Mac and Cheese, Corn Fritters with guacamole, sour cream, bacon and house made tomato relish, buttermilk fried chicken wings and potato salad, and the Wagyu burger with gruyere cheese and sauteed mushrooms.

The food came in all at once. The burger was ok but the taste of char-gill overpowered all the other flavors which was a shame because the meat seemed thick, juicy and tender. Overall it was average and not memorable at all. The corn fritters were ok but seemed a bit cold and not fresh at all. Our suspicion here is they mightve been reheated. The guacamole, bacon, sour cream and tomato relish were doing their best but the main ingredient (the corn fritter) couldnt seem to pull it all together. It just didnt have that freshly cooked hot moisty character that you would really crave.

The chicken was a big disappointment at Trunk. It didnt seem freshly cooked at all, more like reheated. The coating was very basic and their werent any spices at all. The Spice Girl reckoned that the potato salad was a store bought salad. This was the worst chicken dish we have tasted so far.

The only good thing about our order was the mac and cheese. It was hot, creamy and just a little bit crunchy on the surface. 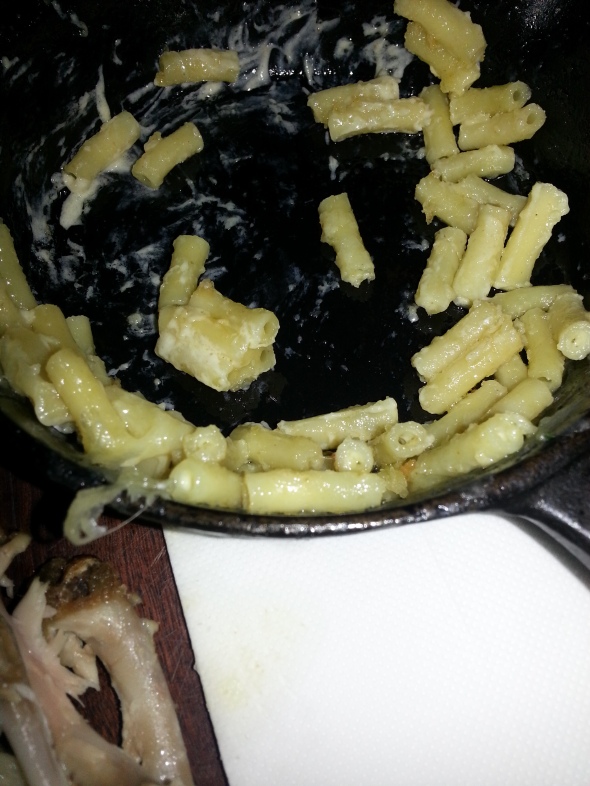 After the big disappointment we had we were a bit hesitant about getting dessert. The spice girl had high hopes for the Tim Tam Slam Milkshake and it was highly recommended by the waitress so we ordered one to share. The shake was below average. It was warm and didnt seem blended at all with only a few traces of TimTam flavors. We finally broke our silence and finally complained to the waitress but that didnt get us anywhere really.

Overall, our experience was very bad. If you are thinking of good fried chicken then do yourself a favor and skip this place because we guarantee that you will find a much more memorable experience across the road at Gami or if worse comes to worse The Chicken Scene reckons that even a fast food option (yes even KFC) would be better.
Hollywood Rating: 2.5/10 Clucks
The Spice Girl: 3.5/10 Clucks