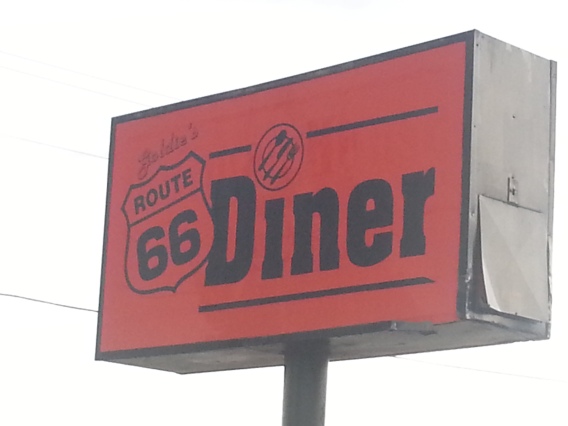 We were on an epic road trip in the US and we were somewhere between Las Vegas and the Grand Canyon in a town called Williams, Arizona. We were tired and hungry. Hollywood was eager for his first Authentic American Diner experience and was informed by The Chick that they generally are a hit and miss (mostly miss).

We were also on the famous Route 66 and that’s where we found Goldie’s Route 66 Diner. We were a gang of four but only Hollywood was bold enough to order the Chicken. It was lunch time but the chicken was in the dinner section of the menu, cooked in the diner’s “homemade batter”. Thankfully, the waitress allowed us to order any of the items on the menu regardless of time of the day.

The Chicken came with a very basic “salad”, bland lettuce, tomato carrot and a heaping of pre-shredded american cheese. The sides were mashed potatoes and gravy, canned green beans and biscuits. At first the chicken seemed fresh and hot however after delving deeper into the pieces we noticed that the pieces got cold really quickly which made us suspect that it may have been pre cooked and dipped in the frier. The chicken was average and only lightly spiced. It was nothing special compared to our Melbourne Fried Chicken experiences. All the side dishes seemed bland and uninteresting. Most of the meal went uneaten.

Now Hollywood knows that most American diners are a source of generic American fare and cannot compete for the favor of our foodie Australian taste buds. Thankfully there are specialty shops in America that do compete, but this was not one of them. 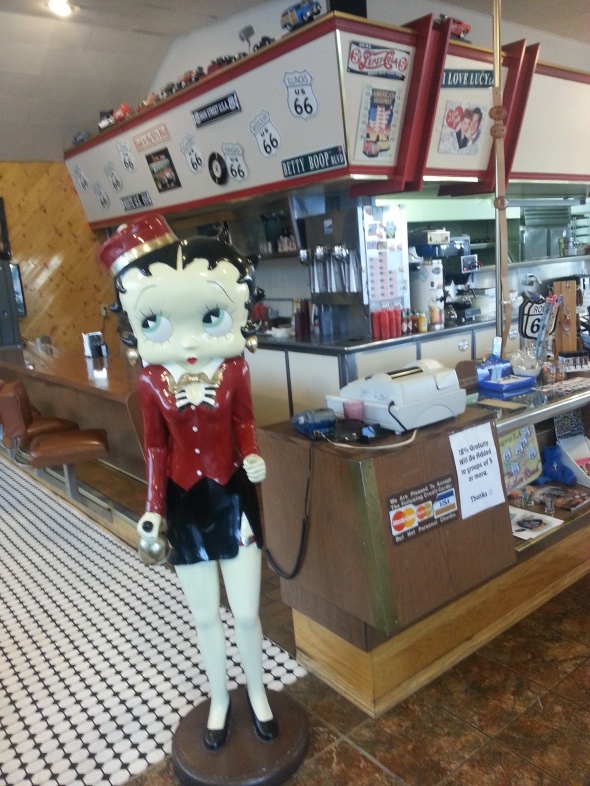