It was a warm summer day and Hollywood and The Chick were walking along Southbank where they ran into a group of food trucks. One of them had the delicious smell of Melbourne Fried Chicken. So they decided to give it a taste.

Here’s how it went down

The order was one of the popcorn fried chicken and a cuban sandwich. 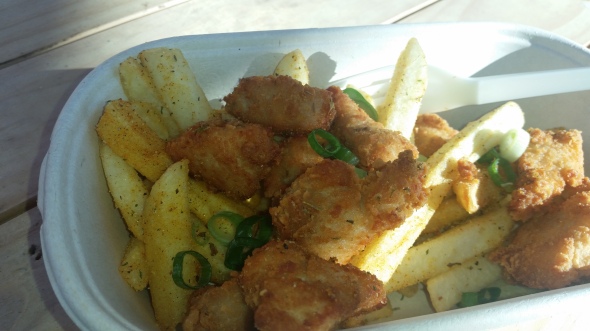 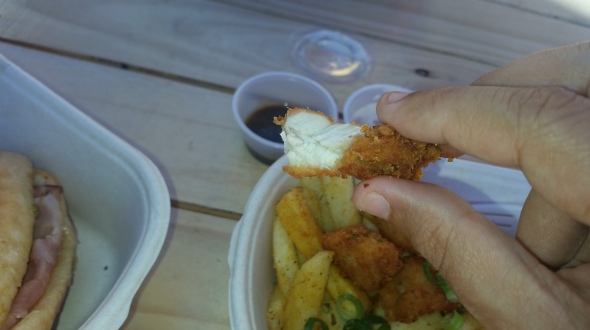 The chicken was bite sized pieces which went well as a good snack however the star of the show was the cuban which meaty and cheesy and saucy all at the same time. Yummm 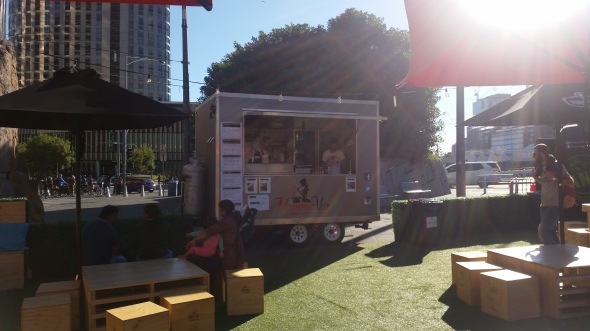