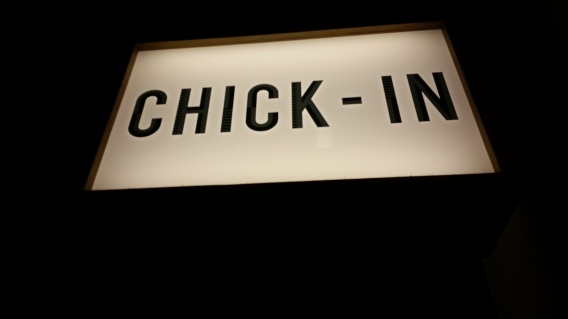 Hollywood and co (The Tan and Guns) were up for some good old Melbourne Fried Chicken with beers for an epic Friday lunch, so they headed down the street from work towards Chick-In. 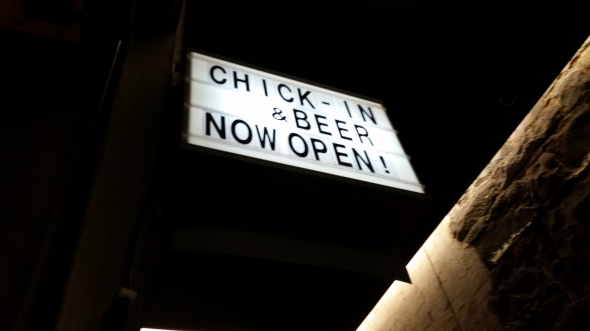 Chick-In was recommended in some blogs and articles about the best that Melbourne Fried Chicken has to offer. It is Korean style chicken which is always good with some beer. The joint was packed and we had to wait a bit but finally landed some seats at the communal bar like tables. 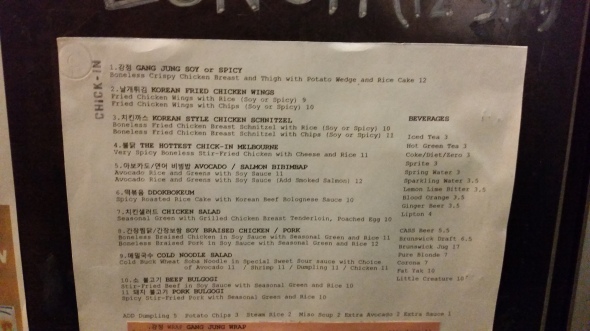 We placed 2 orders of the Gang Jung (1 soy and 1 spicy) and 1 spicy Korean Style Chicken Schnitzel with chips and 1 order of spicy Korean fried chicken wings and a jug of beer.

Although the place had a funky decor, the chicken wasnt that great. The Gang Jung was similar to nuggets and while it seemed fresh it wasnt really spicy. The chicken taste wasnt that prominent and was covered in more of a sweet chili sauce which gave it more of a sweet taste which overpowered the whole experience. This was the same case for the wings and chicken schnitzel. The soy version had similar tastes but was a bit more saltier which made it seem better. 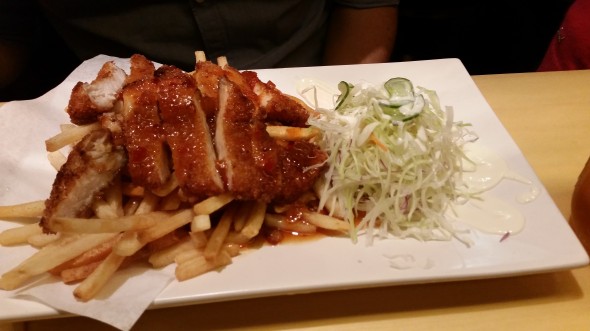 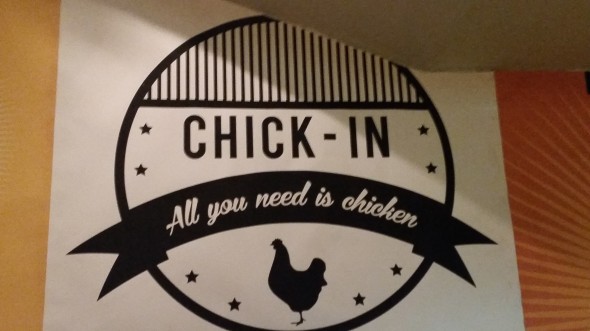 Chick-In does boast some funky vibes but fails to deliver the much anticipated crispy crunch.

4 thoughts on “Chick-In (with Guns and The Tan)”