There was a heated argument brewing between Hollywood and The Chick about the future of the chicken scene. This began shortly after experiencing chicken nirvana at Rockwell and Sons. The Chick’s argument was that there’s no point in continuing the Melbourne Fried Chicken hunt since they found the number one golden chooks. Hollywood however thought there are many feathered adventures in their future and was determined to leave no chicken unclucked.

After lots of discussion, the Chick consented to another round, and accompanied with friend of the blog The Jasonator, head over into the belly of the B.East for their next Melbourne Fried Chicken adventure. The Chick hates being right about these things.

The place had a cool northern suburb funky bar vibe. The B.East’s big hype was their Beast burger standing huge with three burger patties and six bacon rashers with a challenge of eating it in less than 3 minutes to be inducted into their wall of fame.

We ordered the Beast with fries, jalapeño poppers, 2 serves of southern fried chicken (as we were informed each serve consists of only 2 pieces) and a slaw salad in addition to beers and the Bloody Sunday special cocktail: Italian Bloody Mary.

The Bloody Mary came out first and it was exotic, very cool and tasty. The best description is that it was like a liquid pizza pie, including a dusting of parmesan.

The poppers, chicken and slaw arrived all together. The poppers were disappointing as they were a bit crunchier than expected and the cheesy and spicy flavours that you would expect weren’t prominent. The slaw was average and the chicken was the biggest disappointment of all. It was hot but seemed very greasy, flavorless, and lacked any spices. The chicken meat seemed mushy somehow and fell off the bone in a less than appetizing way. This was a total miss! Maybe Sunday nights aren’t the best for a fresh chook. 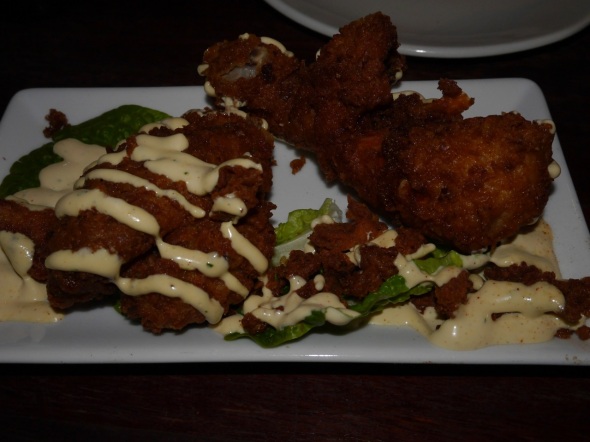 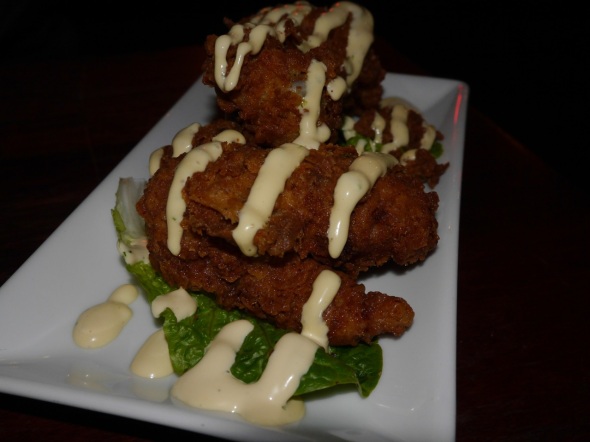 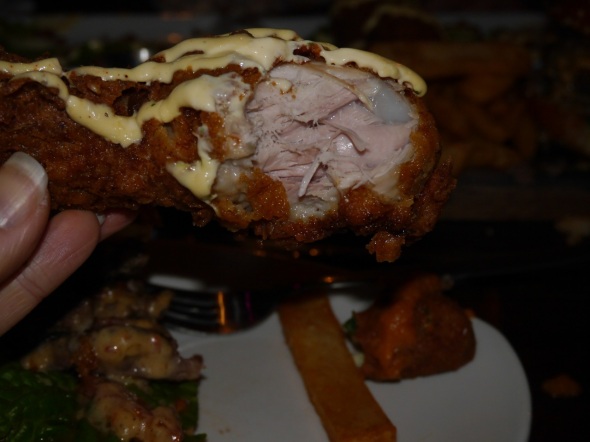 The Beast burger was very juicy and meaty which sat well with us. The meat did seem overwhelming at certain moments but overall sat very well with Hollywood and he reckons he could definitely smash it in less than 3 minutes but that might be a different mission (without the Chick wondering at the point). 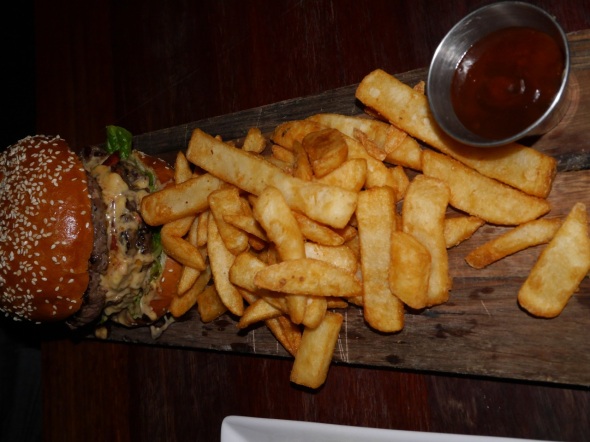 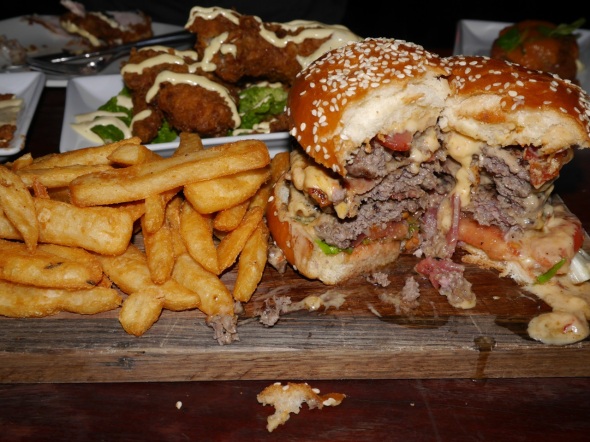 Overall the B.east is a fun bar to go to but the chicken is definitely not a dish to be had there. This confirmed The Chick’s earlier point and although Hollywood still had high hopes for Melbourne’s clucks the “I told you so” look he copped might’ve been well deserved. 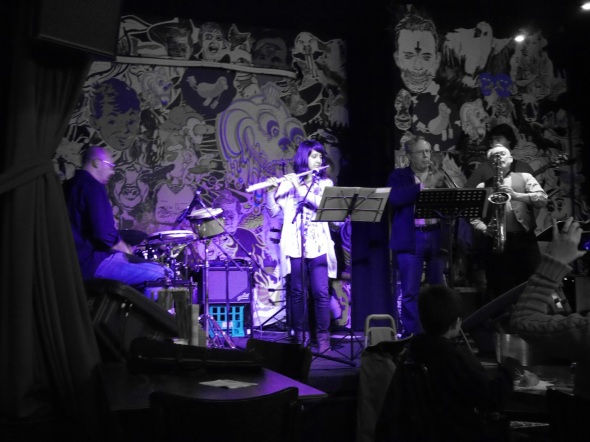 2 thoughts on “The Belly of the B.East”