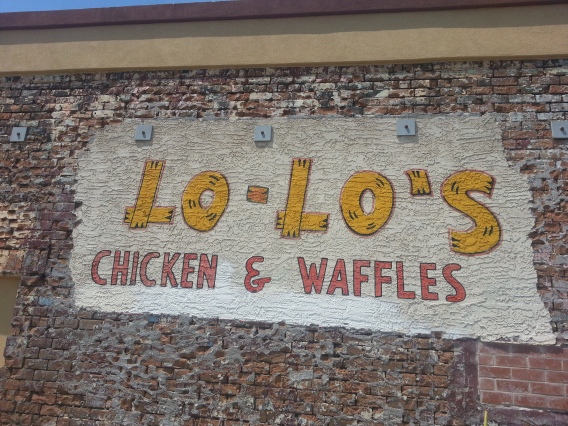 Hollywood and The Chick’s epic US trip ended with a stop at Phoenix Arizona’s well reviewed Lo-Lo’s Southern Fried Chicken and Waffles. We picked this place to see how Melbourne Fried Chicken compared to the real southern deal (Arizona is close enough, right?). 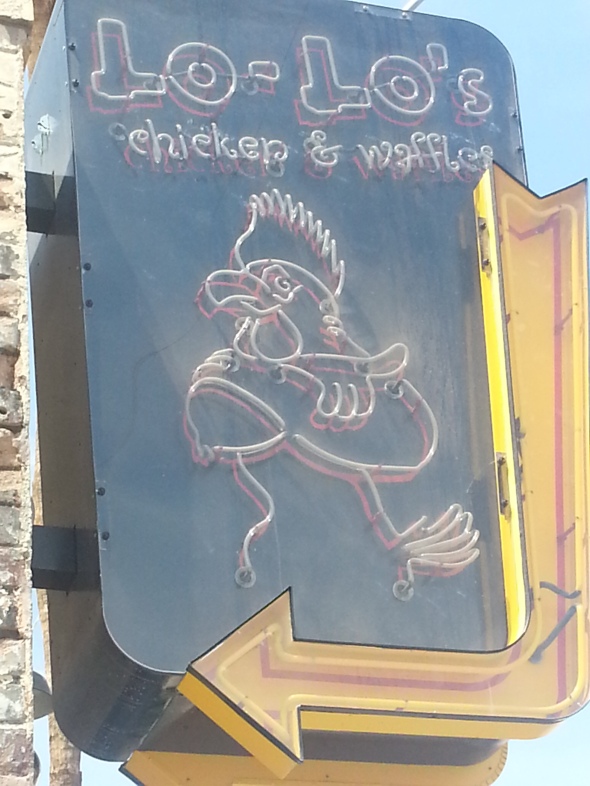 We arrived in the middle of a scorching summer day and found that the place was packed. We accepted outdoor seating, and we were the only ones brave enough to eat without air conditioning. Hollywood ordered 3 pieces of southern fried chicken, with sides of mac n cheese, collared greens, and corn bread with whipped butter. Drinks came in large canning jars with plenty of ice. The Chick decided to share rather than face an American portion solo. 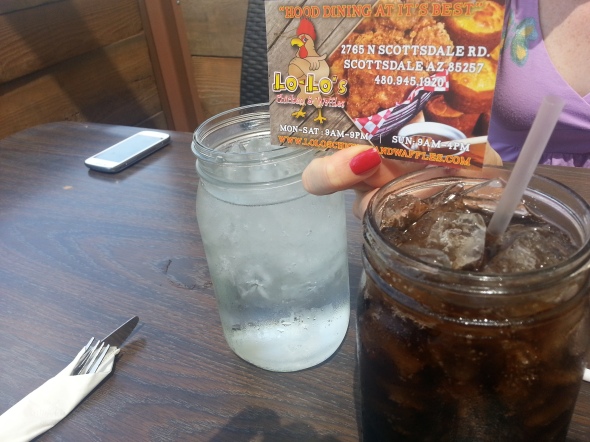 The food arrived fast. The chicken was cooked well but wasn’t spiced enough and resembled more fast food style fried chicken (KFC). It was hot and steamy and well coated. The breast piece was a bit dry which confirmed our theories of fast food style of cooking. The mac n cheese was creamy but the macaroni was a bit overcooked. The Chick reckons the collard greens were average and the cornbread was too dry and not spicy enough. Perhaps the Waffles are where it’s at, but we may never know. 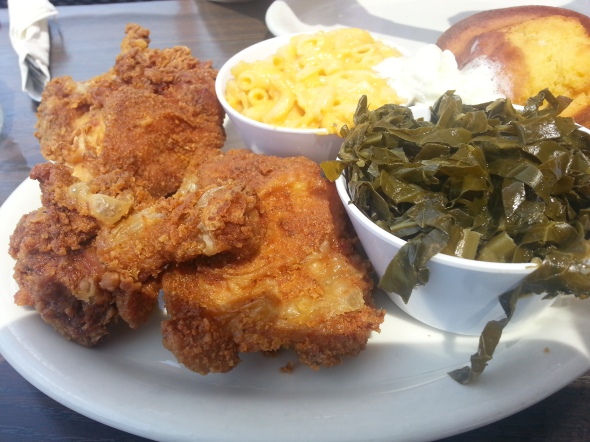 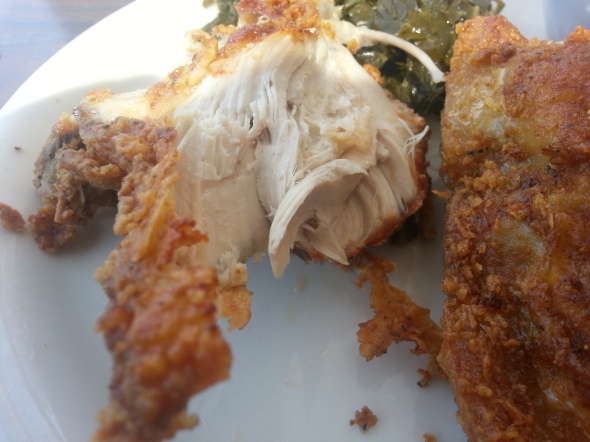 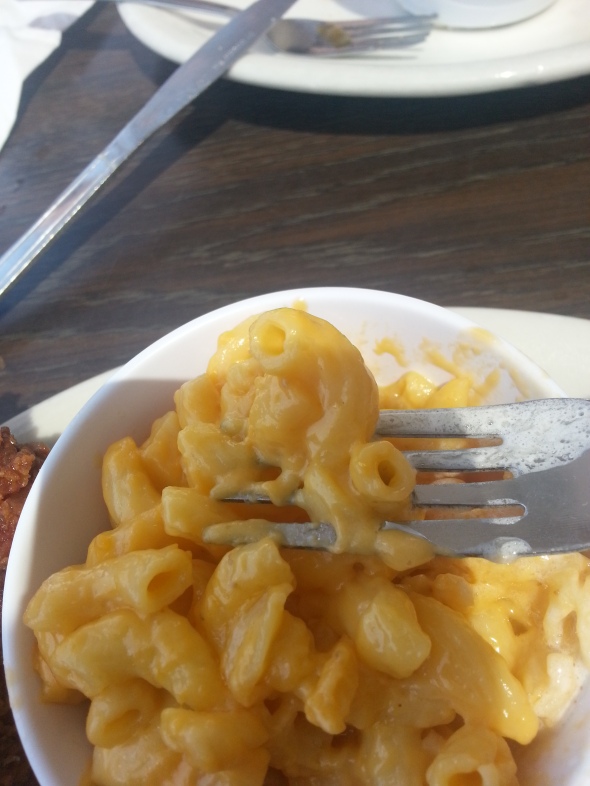 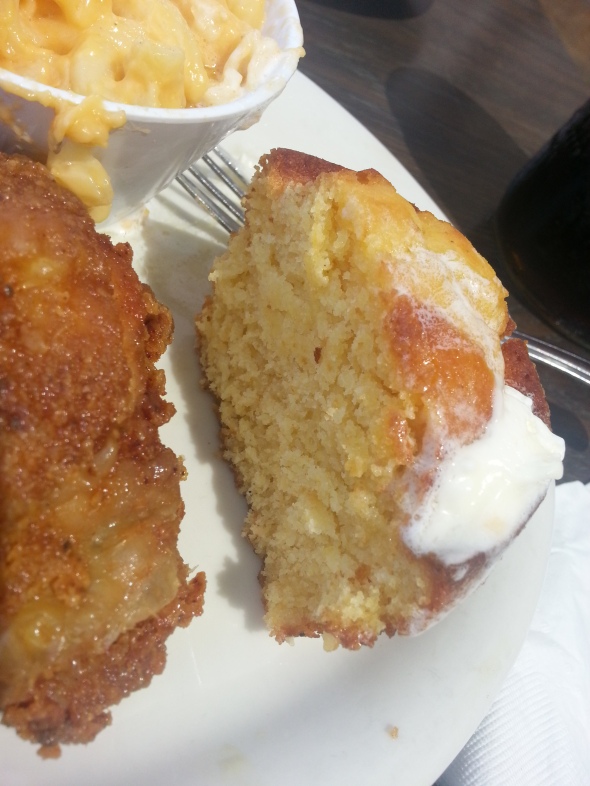 The wait staff moved us inside for dessert and finished off our experience with a slice of Red Velvet Cake, which was proudly advertised out front. The cake was a bit dry but the nutty frosting left the Chick’s sweet tooth satisfied, if not impressed. 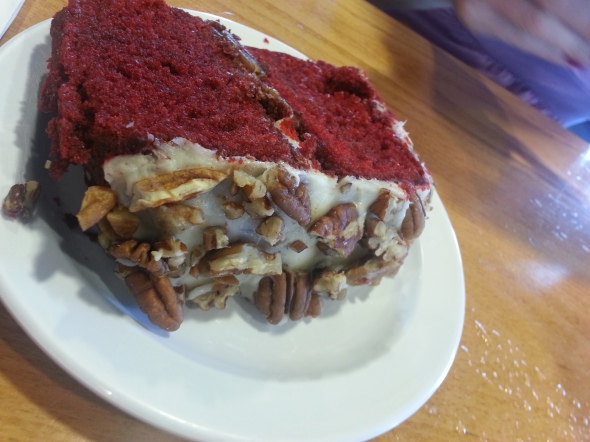 Overall much better than Route 66, but still nothing compared to foodie experiences back home.